Ten honest thoughts on why i left her 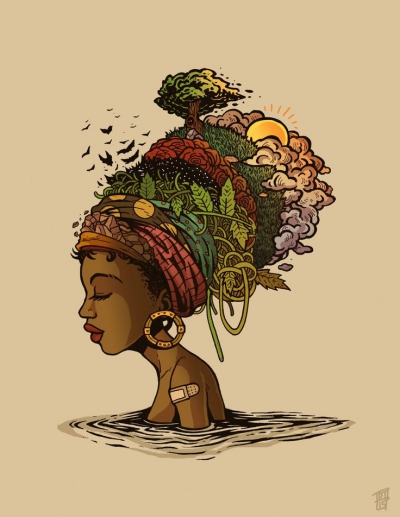 One – She wore her nakedness too well, it scared me.

Two – Her breasts were a monument; a single one covered my universe whole - it terrified me.

Three – Maybe if she was less beautiful I would have stayed.

Four – She was the type of woman Papa warned me about:

“The woman you’d never imagine squints on a toilet seat,” he said.

“You will never make a wife of her”

“Find you an ugly one, boy”

Five – They told me beautiful women have appetites of hearses, they will eat you!

Six – She had a stillness of a stiff drink, no bubble about her, no foam, no froth, almost harmless she looked. A quiet confidence, a sure poise, damn near vulgar. But God knows they drown in her!

Seven – One night I dreamt her drawing chalk outlines on my bed.

Eight – I hate her phenomenal!

I’m scared one day my son will admire her more than he does his father.

Nine – I swear I’m not weak, she is just too strong.

Ten – When my universe swells I will look for her, only then.

Eleven – She never could fit in the clot of my shadow,

There was always too much manic and quake about her,

she never could keep still!

Her hips always seemed to stray beyond the shed I had built for her.

Twelve – She told always told me she wanted me,

But how do you love a woman who does not need you?

How do you hold a woman who has enough reach to hug herself?